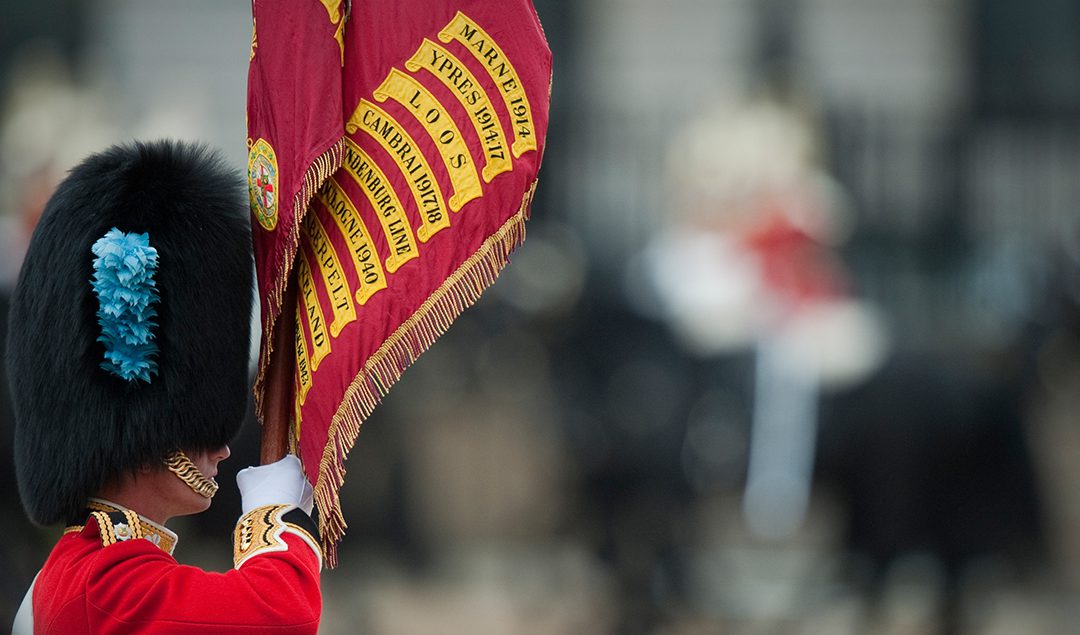 The Irish Guards – part of the Guards Division – is a Foot Guards regiment that was formed on 1st April 1900 by order of Queen Victoria, in honour of the innumerable acts of bravery carried out by Irish soldiers during the Second Boer War.

The Battalion is made up of five companies, and has deployed on recent conflicts including those in Iraq and Afghanistan. The Battalion has also recently carried out a tour of Cyprus under the United Nations. As well as deploying on operations, the Battalion has also been involved in various overseas exercises taking place in Bosnia, Latvia, Oman, Kenya and numerous other countries.

The Irish Guards Regiment is involved in state ceremonial and public duties at Buckingham Palace, Windsor Castle, St James’s Palace and The Tower of London, and Prince William is the Colonel of the Regiment.

The Irish Guards regiment also has a fantastic sporting heritage. Football, Gaelic football, boxing and rugby are just a few of the team sports in heavy rotation. There’s also a strong commitment to adventurous training packages which include activities such as mountain climbing, skiing, sailing and white water rafting.

The regiment takes its motto, ‘Quis Separabit’ or ‘Who shall separate us?’ from the Order of St Patrick, and the regiment is presented with a ceremonial of fresh shamrock each St Patrick’s Day, traditionally by a member of the Royal Family.

Residential Land is proud to support the Irish Guard Veterans.