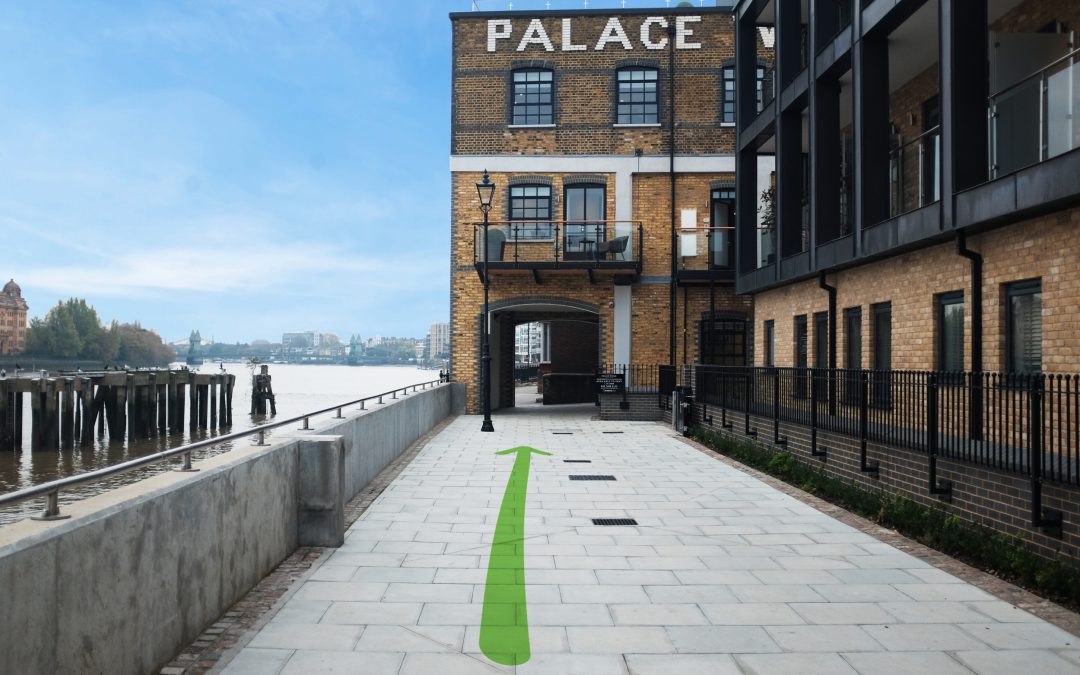 For the first time in over 100 years, a previously inaccessible stretch of Thames riverside pathway is opening up to the public – thanks to the development of our new Palace Wharf property in Fulham.

When the original three blocks that make up Palace Wharf first opened in 1907, the building was a warehouse for receiving and storing slabs of marble shipped in from abroad. A path between the warehouse and the water would not only have impeded bringing the marble onto land – it would most likely have posed a considerable risk to health and safety, too.

Now, though – with the path Residential Land has built running behind our copper-clad Palace Wharf townhouses and beneath the archway supporting our 3-bedroom Port Penthouse property – it’s possible to walk an eight mile circuit of the Fulham, Hammersmith and Putney areas, without losing sight of the river but once.

Explore the Palace Wharf Walk with this interactive map. 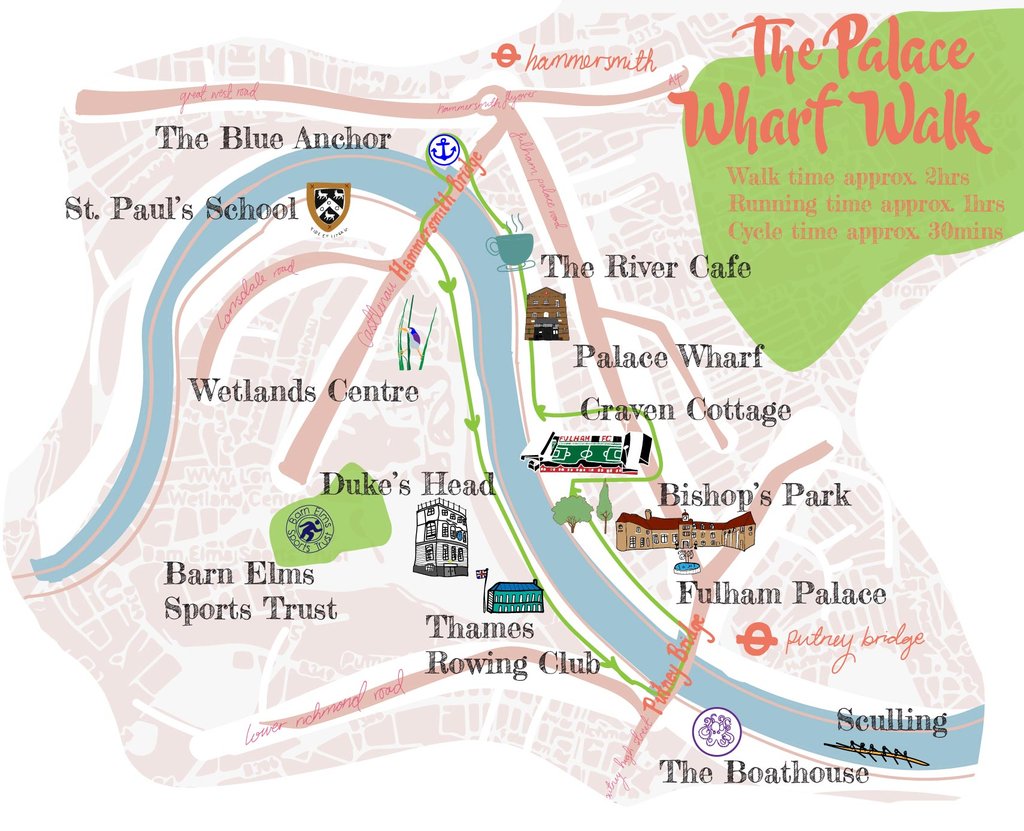 Taking in a number of West London’s most significant landmarks, the Palace Wharf Walk is a veritable tasting menu of the area’s cultural, historical and sporting delights.

Highlights include the Grade I listed Fulham Palace, a site that tells a 1300 year-old story of London’s bishops, their eponymous park and the home’s botanic garden.

Directly opposite, the Thames Rowing Club is a hive of aquatic activity that serves as the starting point for many of the craft that can be seen skimming across the top of the Thames as they pass Palace Wharf balconies throughout the day.

The London Wetland Centre, meanwhile, is a calm oasis offering a soothing escape from the city bustle, where you can exchange noisy traffic and jostling crowds for verdant fauna and diverse wildlife.

Nearing the end of the walk, the acclaimed River Cafe is just a short distance from the front door at Palace Wharf. After a two hour walk it’s the perfect place to stop for fine Italian cuisine and light refreshments.

Palace Wharf residents will have the added benefit of being able to watch the sun set over the river before rolling into bed.