Bruce Ritchie, CEO and Founder of Residential Land talks to Property Week about the consequences of the current Stamp Duty thresholds.

“A lot of Britain’s success in the past 30 years has been based on free enterprise driving the economy combined with targeted support for businesses in need. 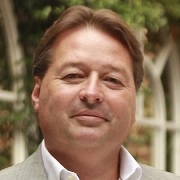 It is a difficult balance to achieve, but for the most part governments since the mid-1980s have succeeded in these twin goals.

The price we pay, however, is a widening national budget deficit now estimated at £19.1bn as capital expenditure outstrips tax revenue. There’s nothing innately wrong with that because as the world’s sixth-largest economy this deficit is sustainable in a low-interest rate environment and it is important to protect against our national wealth divide becoming too large.

Nevertheless, the divide is substantial enough that we are now living with a national obsession with attacking the most successful people, whose prosperity most in society actually admire and aspire to emulate.

The British have always aspired to homeownership, which for several generations has been the number-one aim for millions of families in the UK. The healthy by-product of the rise in home ownership has been newer and better homes and the whole country has benefited, so much so that residential property in the UK is now worth £6trn, compared with commercial property worth £1trn.

In recent years, though, politicians have targeted people with wealth tied up in homes worth more than £1.5m, which predominantly means families who own a home that has increased in value. They have been targeted through rises in stamp duty land tax which, because of the scale of the rise between the 5% band and the 12% top rate above £1.5m sales, is effectively a family wealth tax.

Let me explain. The average person moves home every seven years. During those seven years the majority of people are likely to start a family and require more space or need to move for work, health, education or other reasons.

For people who move home below the £500,000 stamp duty band there is a level playing field. However, for the tens of thousands of families seeking to sell one home and buy a more suitable property the penalties are harsh – with a levy of up to 12% on transactions above £1.5m. What sort of reward is that for a family’s success?

Now though, the chickens are coming home to roost after former chancellor George Osborne tried to reduce the deficit by targeting residential property with 34 tax changes between 2010 and 2016.

According to Oxford Economics research on the impact of 2014 stamp duty changes on residential properties worth more than £1m, commissioned to help new chancellor Philip Hammond (pictured) ahead of his Autumn Statement, stamp duty rises are backfiring. 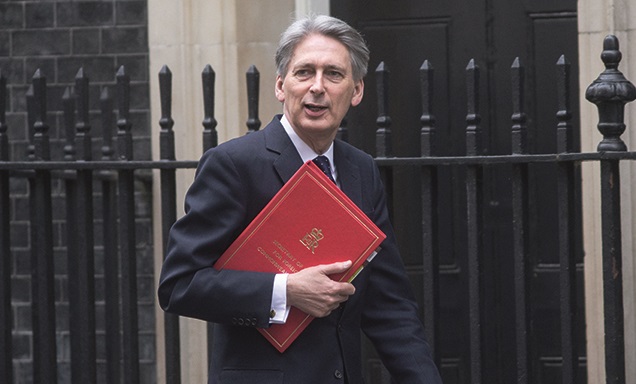 In December 2014 there were about 20,000 sales per year at more than £1m per transaction. In the 12 months following the changes, 2,000 of these transactions were lost and since the EU referendum the rate has dropped by a further 2,000.

The result is an £8.3bn hit to gross domestic product, a £450m drop in wider tax receipts and the loss of 14,000-plus jobs. This is because every time a home is sold a whole list of people is involved in the transaction. Love them or hate them, builders, lawyers, accountants, mortgage brokers, bankers, insurance agents, estate agents, architects, cleaners, gardeners, removal firms, surveyors and valuers all play their part when someone moves house.

More than 85% of the 1.1 million property transactions every year in the UK are second-hand sales, and normally result in two or more people selling in a chain – so you can see how the knock-on effect multiplies. There are other more subtle but equally damaging consequences from Osborne’s stamp duty land tax hike.

A slowdown in the construction of new homes in urban areas has been compounded by the uncertainty of Brexit and has led to a lack of confidence among buyers – it is simply because anyone looking to buy a £1.5m new home is being put off by the punitive tax rate at their level of wealth.

Kick in the teeth

If a developer or housebuilder creating a large, mixed development has trouble selling the larger, family-sized £1.5m new homes they may also choose not to commence the lower-value homes planned for the whole development, meaning fewer more affordable homes are being created as well. And so we are left with an even greater disparity between the demand for new homes and the supply.

When Osborne introduced his stamp duty hikes he didn’t foresee Brexit and the inevitable slowdown it would cause in the economy. The impact on hard-working families wanting to move home is acute. It’s a kick in the teeth for tens of thousands of people who have traditionally driven this country forward.

It remains to be seen whether Hammond will recognise this and make much-needed changes in his Autumn Statement on 23 November. But to protect the national tax take and to get the housing market moving again, I urge him to explore two measures: either make a cautious adjustment to the threshold where the higher 12% stamp duty rate kicks in, or introduce a more gradual gradient leading up to the top rate between £1m and £5m.

Under the current stamp duty the ‘Laffer curve’ has come into play, with tax having been increased to a point where it is counter-productive for raising further tax revenue. By revising the thresholds the chancellor would trigger a revival in sales volumes between £1m and £3m, delivering far more tax revenue than is being collected now. And it would also ease the pressure on tens of thousands of people guilty of nothing more than wanting to move house.”